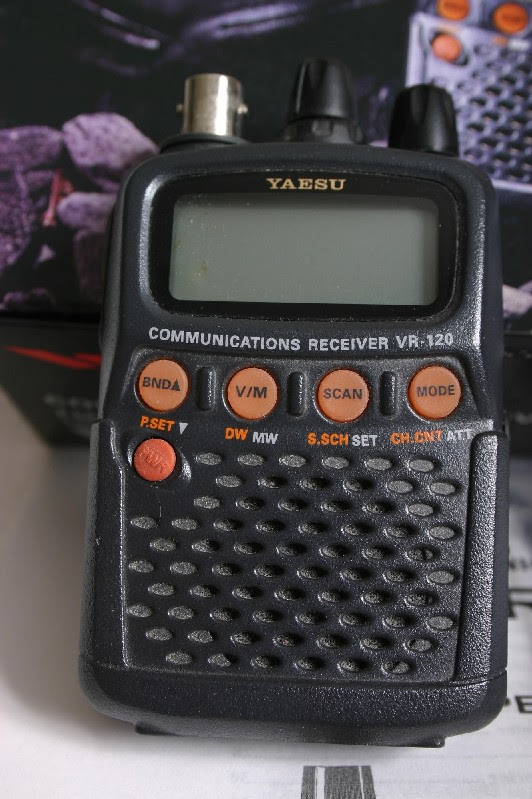 What's new? Well new to me at least is the Yaesu VR-120 Communications Receiver. This is the VR-120 model. This is the older model Yaesu VR-120. The newer version, the VR-120D (note the D on the end) adds a DC Jack on the side below the speaker jack. This allows for alternate powering using either an AC adapter or a DC power cord. Also charging batteries within the radio. Since that part didn't concern me, I picked up this VR-120 at a great deal.
I use rechargeable AA batteries and usually get close to 20 hours service out of one set of Energizer (or Duracell) 2500 mAh batteries.
I purchased this little (and I mean little) receiver used for a steal! I couldn't pass up the deal. So far, I am impressed with it's performance on HF, and VHF-High. This is not my first time using a Yaesu product because our department uses Vertex radios. The Vertex VX-180 to be exact. All in all I am pleased with Yaesu. I was very surprised when I received the package containing the VR-120. It weighed almost nothing. I actually thought I had been sent a box full of air! Once I opened the box, I was shocked at the size of the receiver. I have seen pictures online and knew it was small but man, this thing is tiny! With the supplied antenna you could easily stick this in your shirt pocket, and forget it.
Ease of Use
This thing is a bugger to operate at first. With minimal buttons it is hard to figure out how to store memories, search, and execute all the many features this receiver performs. After getting used to it a little, I am getting better but I keep the owner's manual very handy! I think it is meant to be an entry level type receiver but it operates far from that. 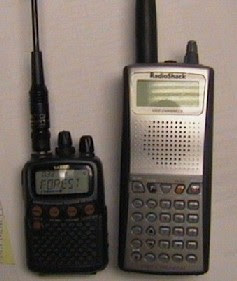 Features
The VR-120 (D) has many features that are very useful. First off, it's size. The size of this receiver is such that you can absolutely take it anywhere and not get that "look at that nerd" stare from everyone! Alpha tags make it easy to know who belongs to each frequency, however you only get 6 characters as opposed to the 16 I am used to with Uniden and some GRE's. Other notable features include: 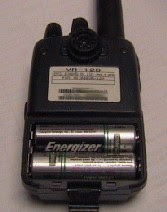 Antenna Options
On AM you can select either to use the built in internal Bar antenna or the external antenna. Also on FM radio if you use headphones, the headphones can be selected to double as a FM antenna.
This receiver receives in AM/FM/WFM modes from 100 kHz to 1299.995 MHz (Cellular Blocked). It has 640 memories divided by 10 banks @ 64 channels per bank. With battery and antenna the total weight is approximately 195 grams. Very lightweight! 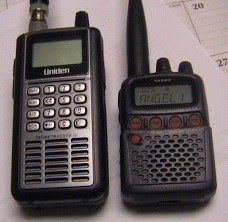 Audio
Don't expect booming audio from this receiver. I was expecting more audio because I was told it had big audio for it's size. However, it is very hard to hear when mobile in a car. Also sometimes in loud or busy streets it becomes almost inaudible. But in the room or next to the bedside this is a friend to be had.
Performance
I have listened to various broadcast shortwave programs with this receiver. Mostly out of Nashville, TN but have heard Radio Havana Cuba as well as China Radio International and other strong shortwave stations. There is no SSB on this unit but it isn't missed by me. Maybe a VR-500 later in life with SSB capabilities. AM radio pretty much stinks. I have a local AM station approximately 1 mile from my house and it's signal has static, even using the internal bar antenna in the radio. This isn't the radio for AM reception. FM Radio comes in just okay using the stock duck. It isn't the greatest but will get you by in a pinch. Using a better antenna than the stock improves reception, like the Diamond RH77CA. I haven't tried the earphone antenna.
VHF-Highband is where the VR-120 shines. I connected the Diamond RH77CA antenna on the 120 and can receive a great deal in the VHF-High range. I believe it is more sensitive (picks up more) than my Pro-97 and that says a lot!!!. Funny thing is if you hold the receiver in your hand, the reception improves. This is typical on all bands HF through 800. I am very impressed with the receive on the VR-120 in the VHF-High band. I have yet to find a better receiver in this band except maybe the VX-180 our department uses, but I think the 120 beats it! I haven't heard much on 800 band but I don't have very much in that range that is conventional around my part of the State. But one neighboring county uses 800 conventionally and I pick them up very well. Also Jefferson County has an analog trunked system which is about 40 + miles away and I programmed their frequencies in conventionally and picked them up with ease. Note that the Jefferson County system doesn't normally come in and I can't monitor them on a regular basis. Probably just good ducting the past week or so. Connect the RS800 antenna and the reception improves on the 800 band.
Notice I never called this radio a scanner. It is not a scanner. It is a communications receiver. With a scan rate of less than 20 channels per second you aren't going to cover large bands or numerous banks of frequencies with this scanner. It is best used for selective frequencies. I have about 70 channels programmed at the moment and it will go through those in a couple of seconds but if you are wanting a scanner, then purchase a scanner. 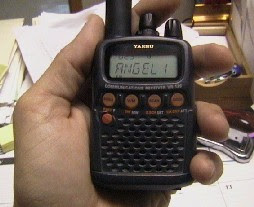 Conclusion
I got this for the DC to daylight coverage. Meaning Shortwave all the way up through the 800 band. It is a decent receiver and I recommend this if you want an inexpensive receiver to take along with you. It provides general reception on the AM and FM broadcast bands, HF Shortwave bands, VHF and UHF TV bands, the VHF-AM aircraft band, public safety bands, ham bands, as well as UHF Military bands 225 through 400 MHz. If you can find a good used one it is well worth $100 or less if you can pick one up. The competition Icom R5 looks promising as well but I have never used one so I can't comment too much on a comparison at this time. I do hear the R5 can't link and unlink banks together like the VR-120(D) but the audio is reported to be better on the R5. The R5 also adds CTCSS/DCS feature. For the money, this is a good receiver. I give it a 6 out of 10 because it is hard to program and operate at first because of the lack of a numerical key pad. Also the audio is lacking and of course it doesn't do trunking. But for the money and it's intended purpose, this is a great little (and I mean little) receiver.
written:  04/30/06
Posted by Unknown at 9:17 AM